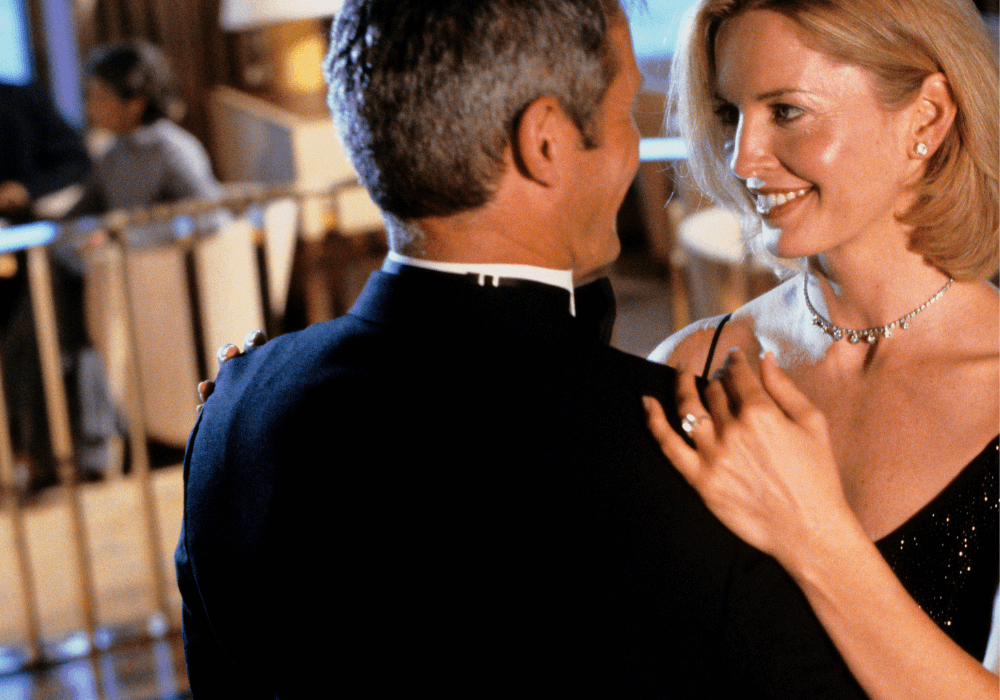 Are you in search of some good songs for a retirement party or event?

If so, you’ve landed in the right spot because we’ve curated a list of the best tunes to put on a retirement playlist for a party, slide show, video, or personal mix to play whenever.

Every song won’t be a favorite for every person, but we hope you find a few novel song gems that fit the bill.

Let’s jump right in and look at some retirement songs.

How To Use Retirement Songs

Music is a universal balm. It’s comforting when life pitches a nasty curveball and a cheerful companion when things are going well.

So how can retirement songs be used?

21 of the Best Songs for Retirement

What songs work for a retirement party, slide show, or mix?

When I’m 64 by The Beatles is a staple tune at retirement parties. And while it may be cliche at this point, it never gets old, and it’s always a crowd-pleaser.

Paul McCartney wrote the song for his father’s 64th birthday party, but over the decades, it’s become an homage to the joys of “living la vida silver.”

2. My Way by Frank Sinatra

Few songs make your confidence soar and sense of self stand at attention quite like Frank Sinatra’s My Way. While several famous artists, including Elvis Presley, did a version, Sinatra’s is iconic.

The song itself is a french tune called Comme d’Habitude. Paul Anka wrote the English lyrics, and the rest, as they say, is musical history.

3. Celebration by Kool & The Gang

No matter the occasion, if it’s time to party, it’s time for Kool & The Gang’s Celebration! Whether a bar mitzvah, quinceanera, or retirement gathering, the decades-old song remains a staple of the North American party oeuvre.

Some people instinctively want to exclude the “cliche’d” track. But sometimes things are popular for a good reason, and Celebration is one of those songs that continues to make people smile, generation after generation.

4. Hello, Goodbye by The Beatles

A late-1960s Beatles hit, Hello, Goodbye isn’t one of the band’s most critically admired tunes, but the lyrics work for a retirement party.

After all, the guest of honor is saying goodbye to their working life and hello to a time of leisure and self-directed experiences.

Beatles Trivia: Hello, Goodbye was first released as a single in 1967, with I Am the Walrus as its b-side track.

A big-band sound, with Ray Charles’s infectious voice leading the way, is never a bad idea. Let the Good Times Roll is just that, and it’s a rhythmic addition to any retirement song collection.

Be aware, though, that it’s not the same song as Shirley and Lee’s similarly titled Come On Baby Let the Good Times Roll. Although, that song might also fit the right retiree’s playlist.

Do you know anyone who doesn’t start tapping their feet when James Brown’s iconic “I Feel Good” comes on? It’s rare because the song transcends space, demographics, and time, tickling the human “happy place.”

What many people don’t know, though, is that the song’s title is actually I Got You.

Is the retiree in question a stadium-rock fan? Will they forever defend the mulleted music stars of the 1980s and early 90s? If so, Van Halen’s Happy Trails may be a fun addition to your list of retirement songs.

The group did a remake of the old-western barbershop-quartet-esque tune, and their harmonies are impressive!

8. Bang the Drum All Day by Todd Rundgren

Theoretically, banging on a drum all day is a viable option for retirees — (if your neighbors don’t make it difficult). Todd Rundgren’s song advocates for perpetual percussion activity over working, and the upbeat melody makes it a joyful choice for a retirement playlist.

For starters, its melodic crescendo fills listeners with hope. Plus, the lyrics serve as a reminder to enjoy life’s little things.

And regardless of how you feel about Bono, it’s a super song.

10. Take it Easy by The Eagles

Few bands are beloved by people worldwide of all backgrounds and musical tastes, but The Eagles are one such anomaly — and Take it Easy is one of the group’s iconic singalong tracks.

What’s its link to retirement? Taking it easy after decades of work is a big part of what the silver years are all about!

Some people raise their eyebrows at the song’s premise, but Rupert Holmes’ Escape continues to be a much-loved tune thanks to its sweet ending.

For many retirees, it’s a clarion call to rekindle their love for their spouse as they embark on what could potentially be one of the most self-determined, exciting times of their lives.

12. Raise Your Glass by Pink

Pink is known for her high-flying acrobatics and party songs, but Raise Your Glass is a sentimental ode that could work well on the playlist of a recent retiree.

13. I Will Survive by Gloria Gaynor

Gloria Gaynor’s famous anthem is usually associated with women living their best life after a bad breakup. But with a little justification, it could also be used to say adios to an awful job.

Is your retiree 65 going on 35? If so, this indie punk-funk diddy by Gorillaz, which first hit the airwaves in the early aughts, is an off-beat addition to a list of retirement songs.

Is the celebrant a traditional person with a deep love of Barry Manilow’s music? Then this probably isn’t for them.

But if you’re honoring a retiree on the more avant-garde-to-hip end of the spectrum, Feel Good is a deep-cut bop that injects a shot of cool into the standard retirement playlist while simultaneously staying on theme.

Calling all Caddyshack fans! Loggins’s theme for the comedic classic hits the musical spot for someone retiring in the mid-21st century.

It’s upbeat and recalls a beloved film of the generation, plus it fits in with the retirement theme of “feeling awesome” when a professional life comes to a close.

16. Life Is A Highway by Tom Cochrane

Is the retiree planning to hit the road in their post-work life?

Whether they’re buying an RV and heading out for long hauls or becoming weekend road-trip warriors, Cochrane’s ballad-esque ode to the vagaries of life is perfect for serenading a retiree who’s hitting the pavement in their third act.

The 70s hit is infectious and fills a room with a welcome and familiar celebratory vibe. How does it relate to retirement? Arguably, Stayin’ Alive is an ode to surviving the proverbial rat race.

Sure, when the song first came out, it morphed into a maddening, inescapable earbug. But we’ve got our collective cool together on the Happy front, reigned it in, and an occasional “spin” around the table is once again acceptable.

But please be cautious. Happy is highly addictive, and moderation is required.

19. Walking On Sunshine by Katrina & The Waves

Walking on Sunshine is one of the most upbeat, optimistic songs ever to hit the scene. It’s another one of those tunes that make it impossible to refrain from beeping and bopping along with it, making it a solid pick for a joyous event.

20. End Of The Line by The Traveling Wilburys

The Traveling Wilburys’ End of the Line has the ideal lyrics to qualify as a retirement song.

This track is excellent for accompanying a media montage or slide show. It’s got the right pacing and mellow-yet-upbeat quality.

21. The Lazy Song by Bruno Mars

Retirement can be an exciting time of life, but the other great thing about it is not having to do anything you don’t want to!

The Lazy Song by Bruno Mars captures that energy perfectly while being a fun tune to play at a party.

How To Choose Songs for a Retirement Party

You’re hosting a retirement party, and hiring a professional DJ is outside the budget, so you’re in charge of the music.

To pull it off, follow these three easy song-choice tips.

If you’re the one retiring, we wish you the best of luck. Congrats on making it to one of the most vibrant times of your life.

If you’re DJing for an upcoming retirement party, make sure you give folks a great time! They’re counting on you to find fun retirement songs, and we hope we’ve lent a hand in that mission.